7th Sky Entertainment is known to provide its viewers with exciting content and it is back yet again with another saga of love and secrets starring the charming Haroon Kadwani, alongside the beautiful Sehar Khan. 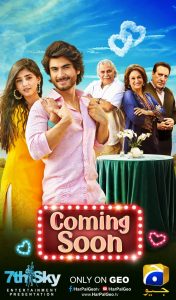 This romantic comedy revolves around  two young people, Armaan and Zara, both belonging to the same neighbourhood. They are very different from one another, one ambitious and the other driven by fun and non-seriousness. When their paths cross, and they ultimately fall in love with each other, they realise that their desired endgame is not without hurdles and obstacles.

This engrossing story of love is produced by the dynamic duo of Abdullah Kadwani and Asad Qureshi, scripted by Saima Akram Chaudhary, and directed by ‘Aehsun Talish. The ensemble cast also includes Javed Sheikh, Bushra Ansari and Usmaan Peerzada. 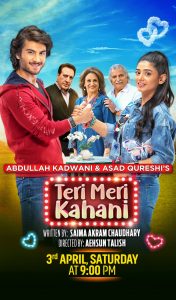 SHARMEEN OBAID-CHINOY launches “WHITE IN THE FLAG” for Minorities